Experience some of the fascinating places and faces of East Timor and everyday stories of the people and events through the lens of UNMIT photographer Martine Perret.

Experience some of the fascinating places and faces of East Timor and everyday stories of the people and events through the lens of UNMIT photographer Martine Perret. 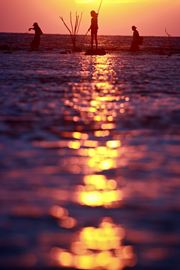 Humans have long harnessed the radiant light and heat of the sun. As a source of clean, renewable and inexhaustible energy, it is hard to find an alternative to solar power. On the sun-drenched island of Timor-Leste, solar power makes both economic and environmental sense. UNICEF supports the use of solar energy by providing solar panels to health clinics throughout the country.

Timorese athletes are currently participating in the Lusophone Games held from 11-19 July in Lisbon, Portugal. First held in Macau in 2006, the Games gather 1,300 athletes from 12 countries and territories. The competition is an initiative of the eight-nation Community of Portuguese Language Countries.

With one of the world’s youngest populations, the opportunities provided to the youth of Timor-Leste today will have a direct bearing on the quality of tomorrow’s leadership. UNICEF is supporting the Government to establish a Youth Parliament set to be launched in September. The parliament will be an important leadership platform, allowing young people a voice in the development of their nation. The Youth Parliament will be composed of 130 young parliamentarians. 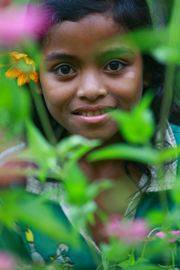 Nations around the world today will consider the safety and health of their young on International Children’s Day. With one of the youngest populations in the world, Timor-Leste is looking to safeguard its young against preventable diseases. The Government today launched a National Immunisation Campaign supported by UNICEF and WHO providing measles vaccinations and vitamin A supplements for all children, and tetanus vaccinations and iron supplements for older girls. 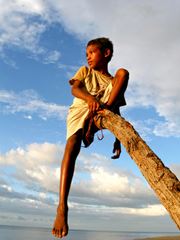 For the young in Timor-Leste, the future holds both promise and challenge. The opportunities available to them tomorrow will largely be determined by decisions made today. Timor-Leste is committed to achieving the Millennium Development Goals (MDG) by the target date of 2015. The second MDG Report, recently released, highlights the progress the nation has thus far made in achieving the targets, while acknowledging the many steps that are still needed.

The use of traditional justice to punish crime, resolve problems and settle disputes is common through Timor-Leste. The Government, with the support of UNMIT and the UNDP Justice Program, is looking at creating a framework which may incorporate links between traditional mechanisms and the formal justice system.

A third of Timorese households depend exclusively on subsistence agriculture for their livelihoods. The Food and Agriculture Organisation of the United Nations (FAO) distributes rice seeds as part of their broader program to improve the food security of vulnerable households. In January this year, FAO distributed 200 tons of high-quality rice seeds to 13 districts for the planting season between February to May. It is expected that over 10,000 households will benefit from the seeds.

Egrets gliding over the small body of water in Tasi-tolu, Dili. The Tasi-tolu lake includes three permanent shallow saline lakes and a hinterland dominated by Eucalyptus savanna. Tasi-tolu is one of the most important wetlands in Timor-Leste. An impressive 45 waterbirds have been identified to date in this area.

An unroasted coffee bean is simply the pit of a cherry-like fruit. Coffee cherries turn bright red when they are ripe and ready to pick. The fruit is found in clusters along the branches of the tree. While the skin of a coffee cherry is thick and bitter, the fruit beneath it is intensely sweet and has the texture of a grape. Coffee is the main agricultural export of Timor-Leste. 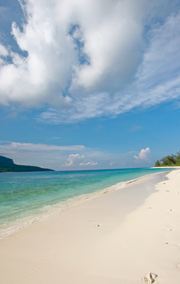 Fisherman at Wataboo beach in Baucau

A fisherman throws his net early in the morning at Wataboo beach in Baucau. Situated on the “Tasi Feto”, the Northern shore, Pantai Wataboo is situated in Osolata, 5 km downhill from Baucau city. Next to a fishing village and lined with coconut palms, this used to be Baucau’s port. The abandoned customs house still fronts the beach.

The Kulu fruit, (Breadfruit) is native to the Pacific Islands. The English name of this fruit is derived from its extremely high starch content. Common throughout Timor-Leste, Kulus are eaten as a snack. They can be boiled, fried or baked over an open fire, and are often eaten with a mixture of salt and chilli. In Timor-Leste, there are three types of this fruit known as Kulu Baka, Kulu Jaka and Kulu Kesa (pictured).

The traditional Manu Fulun headdress characterised by rooster feathers is commonly worn throughout Timor-Leste by men. The Manu Fulun is worn during important occasions, to receive guests or when performing the traditional ceremonies.

We use cookies on our website to give you the most relevant experience by remembering your preferences and repeat visits. By clicking “Accept”, you consent to the use of ALL the cookies.
Cookie settingsACCEPT
Manage consent

This website uses cookies to improve your experience while you navigate through the website. Out of these, the cookies that are categorized as necessary are stored on your browser as they are essential for the working of basic functionalities of the website. We also use third-party cookies that help us analyze and understand how you use this website. These cookies will be stored in your browser only with your consent. You also have the option to opt-out of these cookies. But opting out of some of these cookies may affect your browsing experience.
Necessary Always Enabled
Necessary cookies are absolutely essential for the website to function properly. This category only includes cookies that ensures basic functionalities and security features of the website. These cookies do not store any personal information.
Non-necessary
Any cookies that may not be particularly necessary for the website to function and is used specifically to collect user personal data via analytics, ads, other embedded contents are termed as non-necessary cookies. It is mandatory to procure user consent prior to running these cookies on your website.
SAVE & ACCEPT